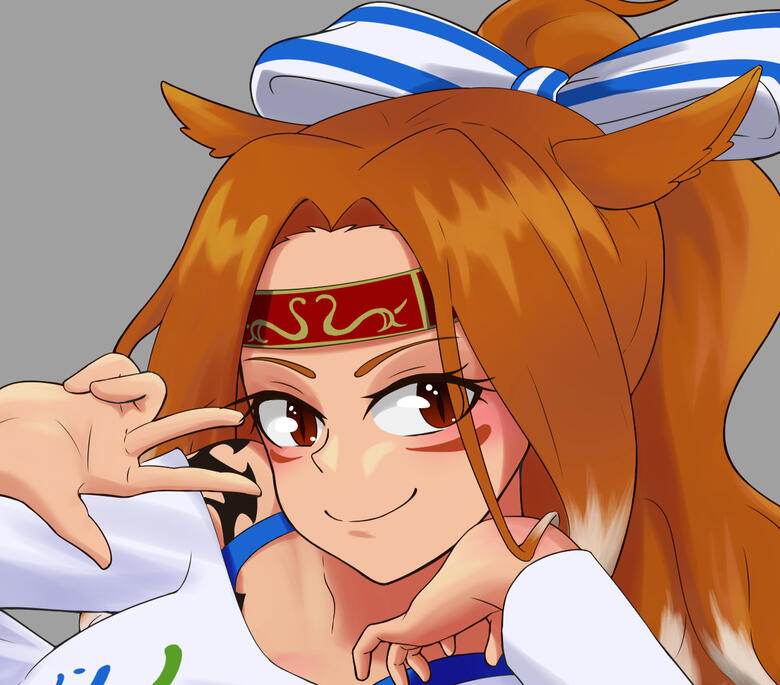 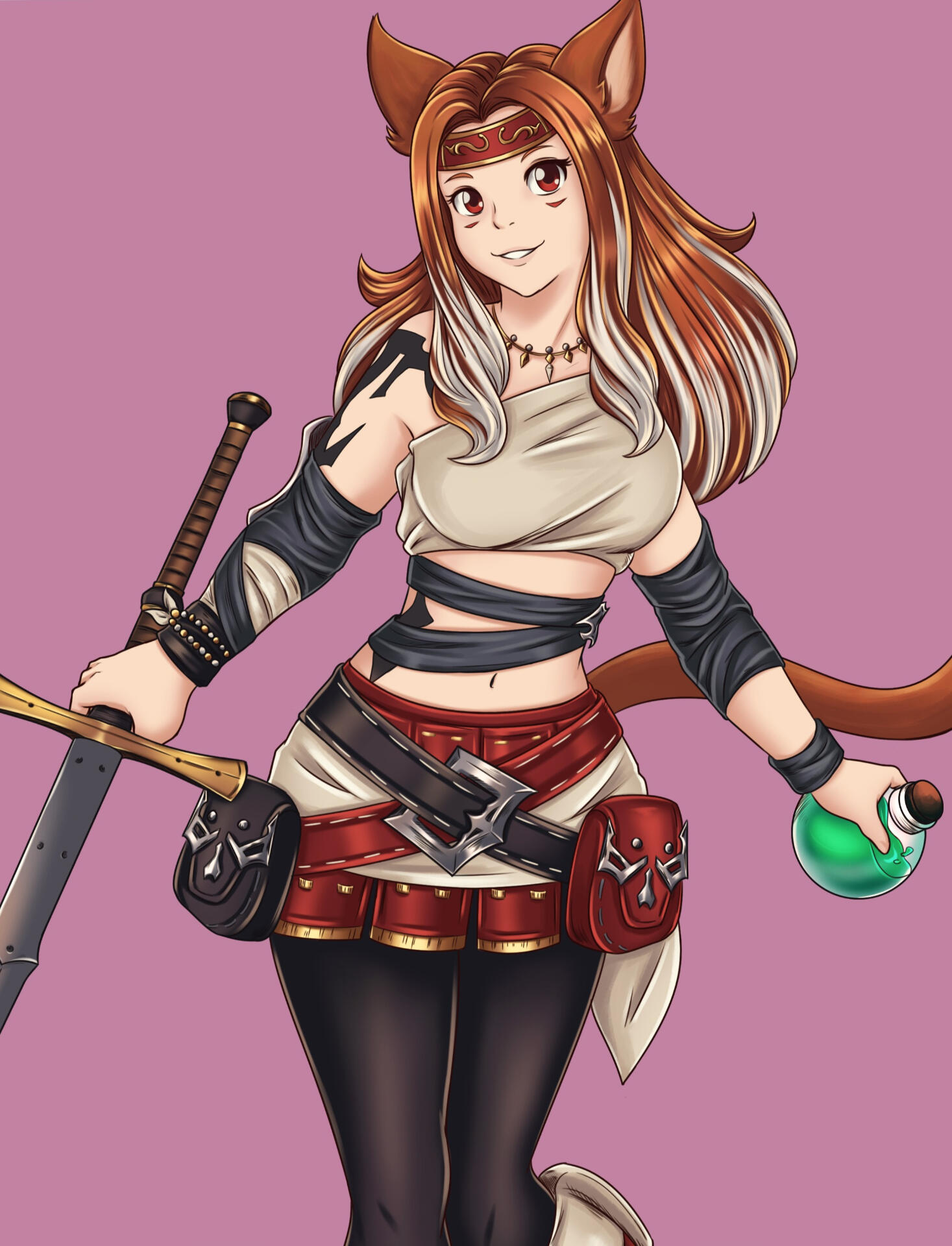 A'erina was the fourth born child of A'xhuv, her father and A'rana, her mother, and part of a large family. As part of an A tribe, it is customary for the family to have an A at the beginning of their names. She has three older sisters in A'elana, A'kyra and A'ralia, As well as three younger sisters in A'liana, A'tira and A'uriel. A'erina was a twin to Inera, whom she killed whilst they were still in the womb. This would set in motion events that would eventually lead to her being born with an overabundance of Aether.

Later in her life, the Aether had turned her down more sinister paths. A lot of her very young days, around the age of 7, she would snap the necks of her older sister's pets, whether it was small rodents or small lizards, she showed almost no remorse, even smiling at what she had done. This happened far too often to be normal, and when A'kyra finally snapped at her, A'erina was intent on strangling her sister to death. Of course this never came to pass, thanks to some sisterly intervention. Her parents decided to call in A'rana's Father, A'sefi to fix their problem child.

Under her grandfather's supervision, A'erina was taken to and spent a couple of years in Thavnair with him. Over time, she seemed to be transformed into a beautiful woman who wouldn't hurt a soul. Kind and caring, she eventually found her way back home with no memory of ever being full of hatred. Her Grandfather went missing before she made it home, and only she knows what happened to him, but due to the memory loss and only having fragments of knowledge about herself, she doesn't remember what occured.

Her own peace was never meant to last. E'lana erected a barrier inside A'erina's mind to prevent her sadistic, sociopathic attitude from making an appearance. The only downside, is that side of her became an alter-ego. An ever lingering presence which turns A'erina back into a remorseless killing machine. Heightened emotions and dangers put her more at risk. When she becomes her alter-ego, aptly named Inera, her normal hair colour of Ginger with white tips, turns white as snow, and her crimson eyes have a sinister glow to them.

Eventually, the barrier will break, and she may very well be lost forever, but only time will tell. 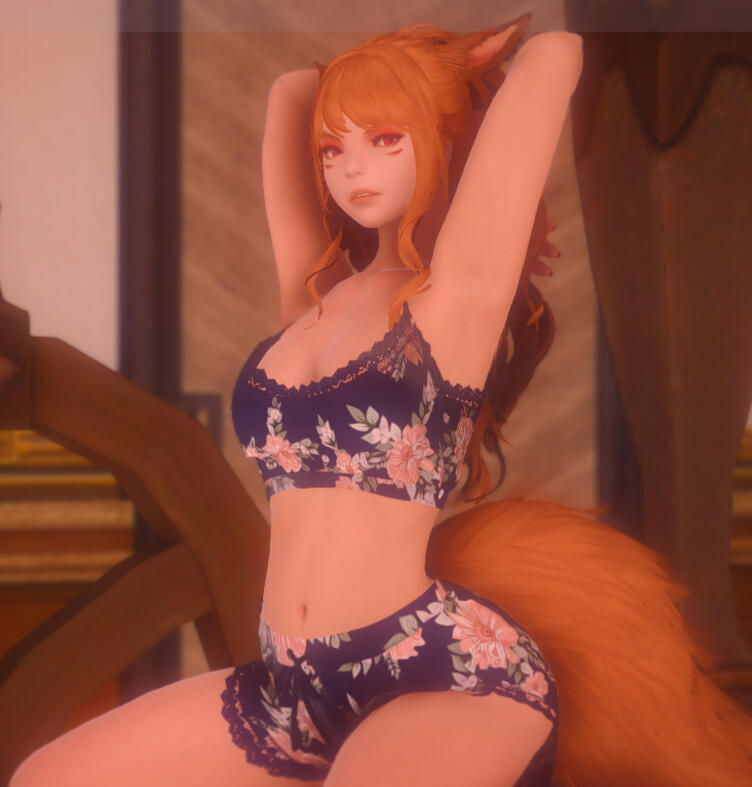 Something I like doing in Final Fantasy XIV is taking Screenshots. Another thing I love doing is getting artwork done of A'erina. There's far too much I've had made that it all won't fit here, so I'm only sharing the best one with you, dear viewer!

If you've reached this part of the Character page then that means you presumably read some or most of it, so thanks! A'erina is on Coeurl, on the Crystal Data Center. Outside of RP I'm a Dark Knight main, in the Free Company Night's Bane, I'm an officer there and I have no idea how it happened, send help.

The RP Tag means i'm in character, so if you're gonna RP with me, make sure you have it on too or you will be like John Cena to me, Invisible.

I have little experience RPing, so I may not be the best person to RP with, I RPed some in World of Warcraft about 5 years ago, and thats about it. being British doesn't help either, as I'm mostly around during an evening for me, so if the RP is paragraphs of responses, you can expect me to snooze at me keyboard.

I will partake in Discord RP outside of Final Fantasy XIV, just be warned that I can run out of replies due to lack of experience in the RP scene, aswell as barely able to form paragraph responses, but I can do shorter ones, so bear with me as I'm still getting into the swing of it.

I want A'erina to be involved in almost everything, that includes fights, sustaining injuries, losing friends, making friends, making enemies, being jealous, selling drugs, you name it, I am down for anything aslong as I'm happy with it.

Finally, to make it clear and to save us both a lot of wasted time, I've had some pretty weird ERP experiences in the past and I'd rather not repeat that ever again. That doesn't mean I'm ruling out the idea of her being romantically involved with someone, but if it goes to ERP levels then it will be treated as a fade to black situation.